First, let me predict this election is far from over. Trump will not give up, or give in. He’ll take the fight to a level no one in the history of American politics has ever seen. I see a clear and reasonable pathway for Trump to overturn the results and win a stunning re-election victory that will shock the world. More on that later.

I know Trump better than anyone on this planet. Let me explain why and what’s about to happen.

I’ve been studying Donald J. Trump for 40 years. It started when I was a freshman in college at Columbia University in Manhattan. Trump was 33 years old and already well on his way to becoming the “King of New York.”

TRENDING: HUGE BREAKING NEWS IN GEORGIA – 132,000 Ballots in Fulton County, Georgia Have Been Identified Which Are Likely Ineligible

By the time I graduated Columbia in 1983, Trump was opening Trump Tower, the most amazing skyscraper in the history of New York. I was hooked. Trump became my mentor, hero and role model. Like every young businessman in New York, I wanted to be like Trump.

I studied his every move. Trump was my MBA course. After a while I knew Trump better than anyone on the planet. Soon, I could predict his every move. I kept notes. Soon these notes turned into a book- over 300 pages long. And I practiced what I preached. I took these “TRUMP RULES” and I lived them.

Before long this S.O.B. (son of a butcher) from the wrong side of the tracks, without a dime, without any connections, was living a fairy tale. In short order, I became one of the youngest political candidates in New York state history; one of the youngest TV hosts and anchormen on American TV; a best-selling author; and soon after that, the media dubbed me, “the King of Vegas Sports Gambling.”

I became a self-made millionaire at age 29 and bought a home on the beach in Malibu, California.

I enjoyed remarkable success at a young age in multiple careers: politics, business, television, publishing and gambling. Sound familiar? Those are the exact same careers of Donald J. Trump.

The “TRUMP RULES” changed my life.

Why do I tell you all this? First, because my latest book, “TRUMP RULES” is released this week. It can change your life too. Whether you hate Trump, or love Trump, whether Trump eventually loses his bid for president, or makes the greatest comeback in world history and overturns the results of this election, no matter. Either way, I’ll report the same thing. Donald J. Trump is amazing. He’s more than a person, he’s a living legend. He is the one of the most remarkable men to ever walk this planet. And the best is yet to come.

Now to the “Main Event.” The election. Timing isn’t everything in life, it’s the only thing. My timing is perfect. After studying Trump my entire adult life and always predicting correctly what comes next, here is my opinion on the presidential election results. We’re all about to get a lesson in the “TRUMP RULES.” Take notes.

Sure, the media claims the election is over. Trust me, it’s not. It’s just getting started. Trump is the underdog. But I believe there is a reasonable chance Trump comes out ahead. Trump never gives up, or gives in. He is relentless and unstoppable.

You’re about to witness the greatest fight in world history. This will make Ali vs Foreman look like an amateur exhibition.

Trump loves coming back from the dead. He considers it the ultimate challenge. Trump is the Roadrunner versus Wiley E. Coyote. Beep Beep. No matter how bad it looks, never bet against Trump.

I see a clear path to victory. I know Trump sees it too. With Alaska in the bag, Trump has 217 electoral votes. With North Carolina in his column within days, Trump has 232. There are many paths to flipping either Arizona, Georgia, Nevada or Wisconsin. Any combination of two of those puts Trump at 259. I believe the Supreme Court has tipped its hand. They will absolutely rule any mail-in ballots received after 8 PM on Election Day are invalid and must be thrown out. That gives Pennsylvania to Trump. That puts Trump at 279. Voila. Trump is president again.

Trust me. I know Trump like no one knows Trump. This election battle for the ages isn’t over. It’s just getting started. Trump is amazing. Remarkable. Super human. He lives his life to make the impossible, possible. Never bet against Trump.

We’re all about to get a priceless lesson in the “TRUMP RULES.”

P.S. If Trump does eventually lose, he’ll turn that into a win too. He’ll start a conservative television network, destroy Fox News and build yet another multi-billion brand. Then he’ll run for president again in 2024 and defeat Kamala Harris, becoming the only president in history to run again and win.

Wayne Allyn Root is known as “the Conservative Warrior.” He is a best-selling conservative author and the host of the nationally-syndicated conservative talk radio show, “Wayne Allyn Root: Raw & Unfiltered” heard daily on USA Radio Network from 6 PM to 9 PM EST. Listen live at http://usaradio.com/wayne-allyn-root/ or “on demand” 24/7 at iHeartRadio.com. Wayne’s latest book, “TRUMP RULES” is available on November 10th, 2020. 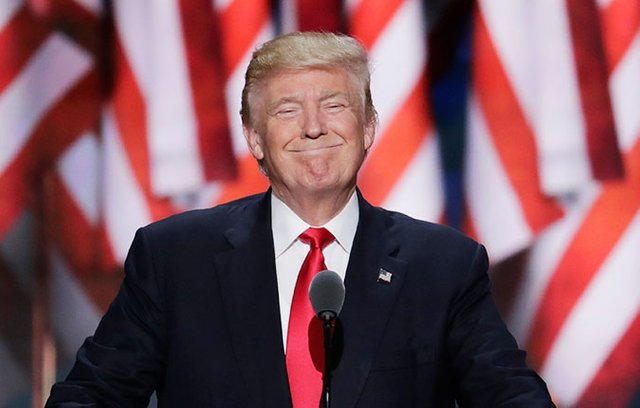 The daily US News supports our president Donald J Trump

You may have missed

WAYNE ROOT: Trump Has a Pathway to Victory. You’re About to Learn a Lesson in the “Trump Rules”